Biodiversity is crucial to life on earth - find out more

The loss of biodiversity in agriculture is linked to nearly every food systems issue – from conserving soil health to preserving culturally relevant foods to simply having enough food for every person on the planet. Addressing this loss is essential because not only is it the direct consequence of how humans interact with the environment, it also impacts our lives every single day. Simply put, biodiversity in agriculture directly shapes, and is shaped by, every meal that we eat.

Biodiversity (short for biological diversity) is a broad term that refers to all of the variety of life on earth, encompassing all of its different forms and interactions. Plants, animals, fungi, and even microorganisms such as bacteria, all interact with each other to form an intricate web that creates ecosystems which have sustained life on the planet for billions of years.

Biodiversity is one of the most crucial components of life on our planet. It’s measured on three levels – genes, species, and ecosystems – with all being intertwined and necessary for healthy functioning of the planet. What makes biodiversity so complex is its existence from microscopic to global scales and the constantly evolving connections between every organism in between. If one part of the system is disrupted, it can impact the other parts.

Agricultural biodiversity – or agrobiodiversity – is the basis for our entire food system and has a strong impact on human health and nutrition as a result. It’s an especially important subset of biodiversity for maintaining our livelihood because it’s a culmination of all of the life forms relating to the production of food, as well as all of the inputs that go into this production (pollinators, soil nutrients, etc). It includes domesticated as well as wild species that contribute in some way towards food production.

Crop diversity, the variance in genetic and phenotypic characteristics of plants, is essential for a few key reasons: variety in sources of food and nutrition for humans, preservation of food culture, and providing a buffer to environmental disturbances (disease, natural disasters, changing climate, etc.). A greater variety of genetic resources in crops is needed to make sure farmers can adjust to threats from a changing climate, which is essential for both ensuring food security in an unstable world and allowing for better adaptation and resilience of farms themselves.

What is happening to global biodiversity and why is it important?

There is an ongoing decrease in biodiversity that has created a crisis on par with climate change. The 2019 Global Assessment Report by the Intergovernmental Platform on Biodiversity and Ecosystem Services stated that there are one million animal and plant species that are currently threatened with extinction – the highest number ever.

Species are becoming endangered or going extinct at unprecedented rates, and entire ecosystems are being threatened. This trend is the same for our agricultural system, threatening our supply of food while also decreasing the diversity of food choices.

The root cause of biodiversity loss is a combination of corporate industrialization, land use and destruction without care for their impact on the environment, and unsustainable consumption patterns. This has contributed to climate change and its seemingly endless consequences on multiple levels of life. 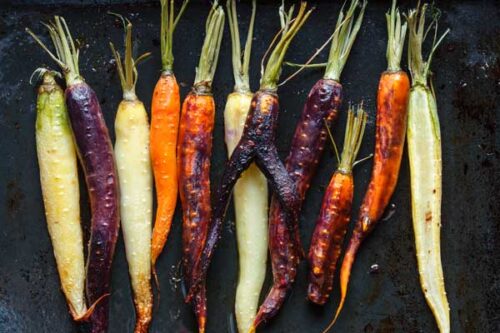 The dominant form of agriculture today perpetuates the trend of decreasing diversity. At its core, industrial agriculture functions on simplification – using chemical inputs and mechanical methods to cultivate food with the least amount of variation and attention possible – and that can only work if the crops are simplified too. All of this has led to a significant decrease in the type and variety of food that we produce and eat, which in itself leads to poorer health and less healthy soil. Soil biodiversity is extremely important for producing food and maintaining a resilient food system, which you can read more about on our soil health page, and is part of our goals for Plant Eat Share (PES). It’s also crucial in determining the amount of nutrients and micronutrients found in food, which can affect a person’s health.

This industrial system has resulted in food becoming increasingly standardized and homogenized over time, to the point where the same small fraction of produce and ingredients make up the majority of what the average person consumes. Over 90% of all commercial vegetable types that were available before 1900 have disappeared, and 75% of plant genetic diversity has been lost in that same time. As one example, grocery stores typically have around 5 or 6 types of apples, but there are actually over 7500 documented types of apples grown throughout the world.

Biodiversity is essential for life on earth and is also necessary for creating resilience. When certain types of fruits and vegetables get simplified down to only a few species being cultivated on a wide scale, these species are very vulnerable to diseases and decimation. For example, there are over 1,000 species of bananas, but a single species – Cavendish bananas – makes up over 99% of all production and export of the fruit.

Banana plantations are currently being destroyed by a fungal disease that is killing this strain of bananas. Because there is no variance in crop species, bananas as we know them are on the verge of extinction. This isn’t just an issue for people who like bananas; this disease is threatening the food security and income of more than 100 million people globally. See PES’s global food security page to understand the enormity of this issue. Low crop diversity has effects that are felt on all scales and have reverberating impacts on soil and pollinator health, farmer livelihood, and the food security of billions of people worldwide.

How can the situation be helped on the ground?

As with the majority of other issues relating to the climate crisis, large-scale change on an industrial level would have the most widely felt impact. However, the rate of biodiversity loss is so great and happening so fast, and the current agricultural industry is so resistant to change, that other solutions must be implemented now.

Luckily, there are a couple straightforward solutions that can help preserve and increase biodiversity – planting local heirloom varieties and participating in seed saving are two.

What is an heirloom?

Heirloom vegetables are grown from seeds that have been passed down through generations, at least 50 years but possibly much longer. Some food historians use 1951 as the cutoff because hybrids were introduced then. These types of vegetables are open pollinated, which means that pollination (fertilizing the seed) happens naturally through wind or insects like bees. 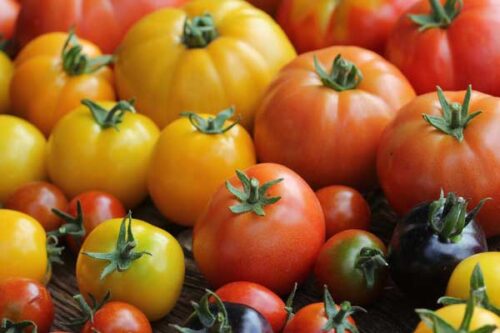 Even though some heirloom vegetables, tomatoes in particular, are becoming more popular commercially, the best way to find them is by participating in a seed swap.  Communities around the world host gatherings where neighbors can swap extra seeds from their plants with other gardeners and farmers. This is one of the oldest forms of mutual aid and is something companies like Monsanto (now Bayer) are trying to destroy with ‘terminator seeds’, genetically engineered seeds that grow once and cannot be shared and passed down.

This cannot be permitted to happen. Every one of us can do our part and plant a few varieties of vegetables and learn how to save the seeds. Seeds swaps have become very popular. If gardening is not an option, find a local, biodiverse farm and support them through buying your food there.

You can find much more about heirlooms, seeds and seed saving on our Seeds page.

Agrobiodiversity is essential for maintaining our livelihood and being able to adapt under a changing climate. Starting a personal or community garden using local heirloom seeds is an essential step towards food sovereignty as well as increasing biodiversity. Plants grown locally for many seasons become adept at thriving and adapting to conditions in that region’s climate and conditions. These adapted heirloom varieties help create strong and resilient local food systems that can strengthen communities and provide a stable, nutritious, and abundant food source for years on end.

Agribusiness will not change until it’s forced to change, and the only way it will feel forced is if sales and profits decrease. Do your part to help save crop biodiversity – stop supporting companies that use food or ingredients from large industrial farms – and grow your own!