Everone needs to do their part to help mitigate climate change

Today’s food system creates over 25% of total greenhouse gas emissions, a huge contributor to climate change.  The majority of these emissions come from animal agriculture, from cutting down forests to create grazing land or feedlots, to chemical fertilizers and pesticides used on crops to feed the animals, to the amount of methane produced from the digestion process of livestock (i.e., belching and farts). 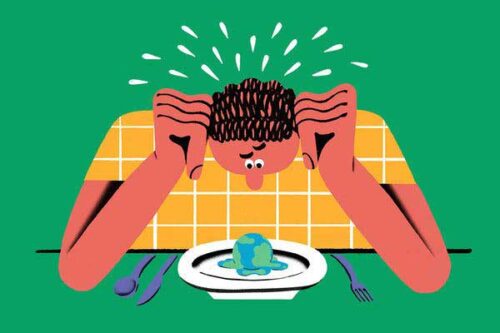 According to a report in the New York Times, “Meat and dairy, particularly from cows, have an outsize impact, with livestock accounting for around 14.5 percent of the world’s greenhouse gases each year. That’s roughly the same amount as the emissions from all the cars, trucks, airplanes and ships combined in the world today.  In general, beef and lamb have the biggest climate footprint per gram of protein, while plant-based foods tend to have the smallest impact. Pork and chicken are somewhere in the middle.”

And if today’s impact of meat on climate change is troubling, the Food and Agriculture Division of the United Nations predicts that world meat production will double by 2050 if nothing is done to change eating habits in most places around the world, and especially in high meat-eating countries such as the U.S. and Australia. 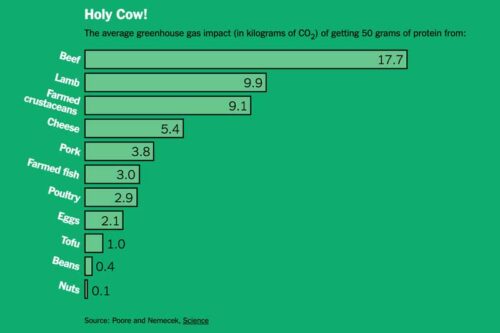 If you live in a country like the United States, the best way to help decrease the impact of animal agriculture on climate change is to eat less meat and add more fruits and vegetables to your diet.  Over 100 scientists from 52 countries published the United Nations’ Intergovernmental Panel on Climate Change report and found that if the world’s population shifted toward a plant-based diet (meaning reducing meat and focusing on eating whole foods, not processed), it could greatly help in combating climate change.

Though it can vary, some studies have shown that heavy meat eaters like in the U.S. and Europe who shift to a vegetarian diet can shrink their food footprint by one third or more.  Going vegan would reduce those emissions even further.  If you aren’t interested in a plant-based diet, a World Resources Institute analysis reported that replacing one third of the beef an average American eats with pork, poultry or legumes, his or her food-related emissions would still fall by almost 13 percent.

Another way to help combat climate change is to plant a regenerative garden. Not every type of garden is climate friendly, so you need to focus on eco-friendly practices, such as:

To be a climate- or eco-friendly gardener, you can try out or adapt principles from:

There are many ways to create a climate- and eco-friendly garden.  Real Homes has some great suggestions. 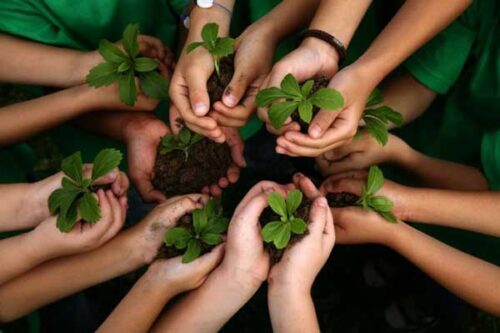 How can planting food in a regenerative manner in your community and sharing it with others (for free!) help mitigate climate change?  Some ways include: