According to the United Nations Food and Agriculture Organization, over 820 million people do not have enough to eat.  In 2018, one out of every 9 Americans in the U.S. were food insecure. The pandemic has increased those numbers.  In a country like the United States where more than enough food is produced, there is no reason or excuse for anyone to go hungry. 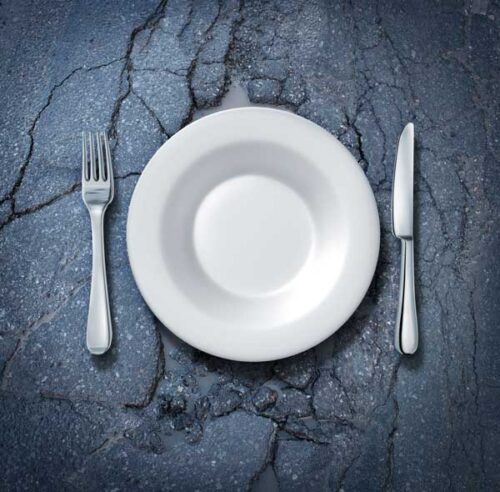 Food insecurity, which is defined as the lack of access to healthy, culturally appropriate food, affects every community around the globe and can include seniors, children, rural communities, urban residents, students, African Americans, Latinos and immigrants.

Food insecurity is a complex problem and is often related to more than poverty, such as health problems, low wages, lack of affordable housing and social isolation.  According to research published in the Canadian Medical Association Journal, people with food insecurity are 10% to 37% more likely to die prematurely from any cause other than cancer compared to food-secure individuals.

SNAP, the U.S.’s food stamp program, helps many food insecure families, but the Trump Administration is making it much harder for residents to receive benefits so alternative ways of getting healthy food to the food insecure is needed.

Food insecurity and hunger are separate issues.  Food insecurity is socio-economic, meaning it’s both financial and cultural, and it focuses on access to the right kind of food.  Hunger is a physical sensation that comes from not eating. In addition, food security is measured by household, while hunger is based on the individual.  This means that parents in a food insecure home might have enough to feed their children but who go hungry because there is not enough food for them also.

How to End (or at least minimize!) Food Insecurity

There are several ways to end food insecurity in households around the world, the first and easiest being to provide healthy food to food insecure families for free like Plant Eat Share is promoting! 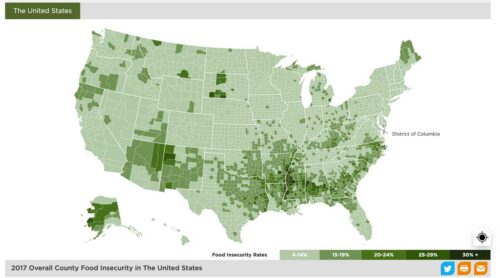 But, ultimately, the best way to end food insecurity is to have an abundant amount of fresh food available to anyone who wants it.  Copenhagen, Denmark, is now planting fruit trees around the city for anyone to help themselves to.  We need communities to come together to grow food for each other – we need to Plant Eat and Share!