Farming does not exist without seeds – they are the foundation of agriculture.  Increasing seed security is crucial to feeding the planet and increasing food security. Healthy foods largely rely on healthy seeds.

What is a seed?

A seed is the part of a plant that contains a dormant embryo; when a seed is planted correctly with proper temperature, moisture, air and light, it grows into a plant through a process called germination. Through another process, photosynthesis, plants produce oxygen and energy from carbon dioxide, sunlight and water. The energy produced is in the form of glucose, which is a crucial sugar for plants’ survival.

Heirloom seeds pass on the same genes throughout generations and are generally thought to come from a plant variety created before 1951 (which is the year hybrid varieties were introduced). Heirloom seeds are open-pollinated – meaning the seeds are fertilized in open air. If they are properly stored, a crop with the same genetic traits will grow when replanted the next season.

One of the targets of the United Nations Sustainable Development Goal 2: Zero Hunger is the preservation of the genetic diversity of crops.

Preserving genetic diversity means maintaining a range of genes, or different traits, within species. Genetic diversity is fundamental for the adaptation of crops. With a range of genetic resources, farmers can breed different varieties that produce improved crops, such as those that are more disease-resistant or are better able to adapt to environmental changes. 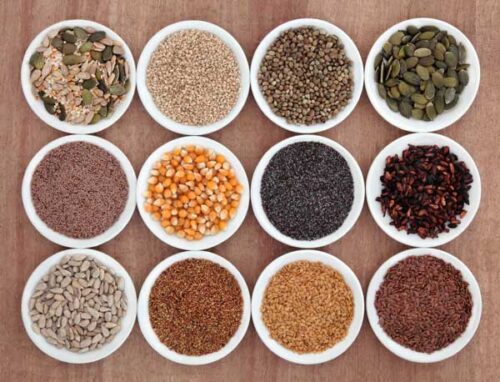 With climate change, the ability for crops to adapt to harsher conditions, such as coping with natural disasters such as flooding, is more important than ever. Improved varieties may be more productive and require less space and less water, and may be more pest or disease-resistant, which can reduce the need for pesticides. Crop diversity is also pivotal for balanced nutrition because it helps ensure that individuals eat a range of foods and receive the nutrients they need for a healthy life.

However, according to estimates by the Food and Agriculture Organisation (FAO), there has been a concerning disappearance of seed genetic diversity, with a 75% reduction in plant genetic diversity.

Monoculture, the cultivation of one type of crop, is a prevalent agricultural practice and is partly responsible for the reduction in seed genetic diversity because one type of plant is grown year after year. Monocultures, or monocropping, can also jeopardise food security: if societies rely too heavily on one or a few crops, diseases may generate widespread crop failure.

The patenting of seeds has also reduced genetic diversity of crops. An estimated 60% of the global seed market is under the control of four transnational firms. Through patents, companies are granted ownership rights which can enable them to have control over research on seeds, their use and distribution. This means that today many seeds do not belong to the person that obtained them. Instead, they are owned by a company, so they cannot be saved and used in subsequent years. Farmers now have less choice in whom they buy their seeds from and what types of seeds they can grow, contributing to a loss of the diversity of seeds.

Seed saving is a way to ensure that varieties continue to exist and thrive across the planet for years to come. Seed saving is about preserving seeds to plant them in future seasons and to continue the genetic diversity of crops.

There are various ways to save seeds, including seed banks, seed libraries and seed exchanges, which have gained popularity recently.

In seed banks, seeds are stored: they are a key means to ensure the preservation of the genetic diversity of seeds. Through seed banks, varieties which are suited to local climates, which form an integral part of people’s culture and which may be endangered, are protected and preserved for future generations. For instance, by conserving crops in the South West, the nonprofit NATIVE Seeds seeks to protect the cultural heritage of indigenous communities.

At a global level, through Sustainable Development Goal 2: Zero Hunger, the United Nations encourages the development of seed banks, recognising its merits for maintaining genetic diversity.

Seed Savers Exchange is a nonprofit organization that protects rare varieties by hosting seed exchanges and seed swaps. Their online portal is a place for gardeners and farmers to offer seed to other interested parties. Seed swaps are very similar except they are usually done in person in a community; gardeners and farmers come together to share seeds.

What you can do: